Don’t be a Victim of Global Currency Debasement, Preserve and Grow your Wealth!

We are excited to tell you more about Gold Seeker and how we can supercharge your investment portfolio, but first...

It's important that you sign up for our free e-Newsletter.

Plus... you will be notified if we do any free educational webinars.

It's easy to get started. Just enter your first name and primary email address in the fields to the right. Then click the button to start receiving our free updates and market analysis.

We value your privacy and will never spam you.

ARE YOU READY? YOU CAN GET FULL ACCESS TO GOLD SEEKER'S MEMBERS PORTFOLIO RISK FREE!

We think you'll like Gold Seeker so much that we are offing you the opportunity to try our members only services for free! We are confident that once you become a member you won't want to leave. So we are putting our money where our mouth is... Please watch this quick video that explains what you get as member and then come join our family here at Gold Seeker. There is no risk and so much to gain! Give us a try today and start building wealth. 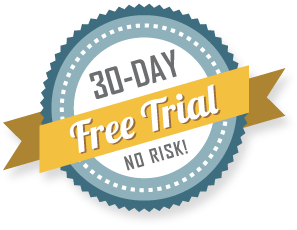 If You're Thinking That Having Precious Metals In Your Portfolio Is Not Important, You're Going To Miss The BIGGEST MOVE In History...

Does Your Investment Portfolio Have Gold & Silver In It?

We understand... it's a crazy time in the investment world. Equities plummet like a stone in free fall. Bonds? You have to be joking. Treasury's are selling on secondary markets at yields that are negative after inflation, you lose money when you hold them. Half of investment grade corporate bonds are rated at the lowest allowable level of BBB, just a step above worthless junk, with only luck and maybe Federal Reserve intervention to save them. And don't get us started on the stock market. It's been more volatile and has always sucked fortunes out of hard-working people. You can't even reply on the real estate markets anymore.

So why are you still putting your faith in these markets?

The center of a hurricane is commonly known as the eye of the storm. Inside this "eye" it is it relatively calm. Swirling around the eye is the global economy and the chaotic forces of overvalued stocks, real estate, and junk bonds.

Many investors like yourself are waiting in this false calm for your ship to come in while you risk your money in these flimsy shelters of overpriced financial assets and fiat currencies backed by nothing. Your money is even further exposed to risk in banks where depositors and bondholders can be subjected to bank bail-in legislation.

So why Gold & Silver? Because... Gold and Silver Are “Safe Haven Money” and Have Never Failed Throughout History.

Are You Prepared For A Great Depression?

With financial-market indexes plummeting, oil prices imploding, and COVID-19 on the loose in all major economies, it’s time to start worrying seriously about a global economic recession.

In mid-January, the world learned about a rapidly spreading coronavirus in Wuhan, China. In a matter of weeks, the second-largest economy in the world, which supplies almost one-fifth of global production, had seemingly come to a near-standstill in a desperate attempt to contain the virus. Fast forward 6 months and we are still fighting to reopen many businesses and employ the almost 45 million people who lost their jobs.

The Dow just had its biggest point drop in history. We you prepared for the market correction?

The stock markets have been impossible to predict, as the Dow Jones and S&P 500 dropped a gut wrenching 30% between January 1 and March 23.

No one could've foreseen what would happen in 2020, and no one knows what the second half of the year will bring. While the collapse of the markets presents a number of conundrums for the average investor, the good news is that Gold and Silver have never failed.

Think about that for a second.

Let’s assume two poor saps became stranded on a deserted island in 1964. Let’s also assume that both castaways had $10 when they washed ashore; the only difference is the first person had a $10-bill in his wallet, while the other guy had 40 silver coins in his pockets. Assuming the two were finally rescued in 2020, the guy with the silver quarters would have 23.5 times more purchasing power ($5.88 x 40 silver quarters = $235.20) than the guy with the $10-bill, which just goes to show the pernicious effects of inflation on a fiat currency over time — even at relatively low rates as we have now.

The lesson here is that precious metals such as gold and silver act as a reliable store of wealth and can possibly make you more wealthy.